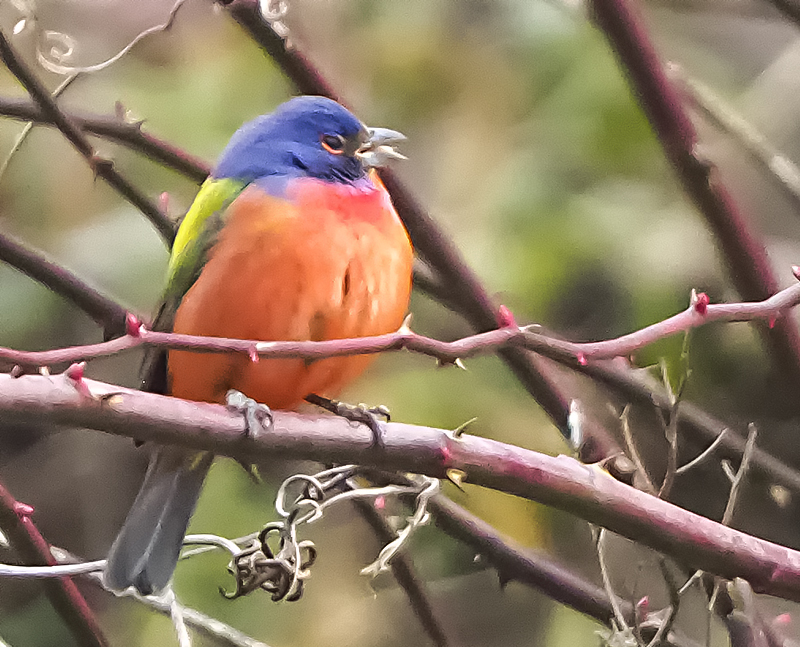 A rare appearance of a male painted bunting at the Maryland side of the Great Falls last month (4 January, 2021) has caused lots of excitement for bird watchers and bird photographers in the area. This little colorful and beautiful creature is regarded as the most beautiful bird in North America and their breeding and feeding ground are in the South so it was an unusual sighting in DC area. I have tried twice to photograph this bird without success and as I was almost giving up the chance since a major snow storm hit here last week. A friend told me it has survived the storm and is still around …. so I went there again this morning and bingo, I did capture some photos of him. It is indeed a beauty! Painted bunting – Wikipedia