My first visit of Italy was in 1998 and that was before the digital camera become popular. I still remember taking fifteen rolls of Kodak 36 exposure film and coming back for developing and printing and sadly throwing away half of the prints (what a waste!) I have recently scanned some old pictures I like and store in my “digital” photo files.

The tour took us from Rome to Florence, Venice, Naples and Sicily. Little did I know, we visited a lot of Italy’s World Heritage Sites (WHS) including the ruins in Rome, Pisa Tower, Florence Old Bridge, Assisi’s Basilica of San Francesca and many sites in Sicily. By the way, there are 51 WHS in Italy today , the most in the world. Not too far behind is China with 48 and the list goes on Spain, 44, France 41, Germany 40, Mexico 33 and India 32, the top seven countries.  UNESCO World Heritage sites are an unequivocal stamp of prestige and honor on any landmark, culture and/or physical significance. The criteria for being awarded this honor is very stringent. Once the site is selected it is likely becoming more attractive to the tourists.

Colosseum Rome, the View of Interior: 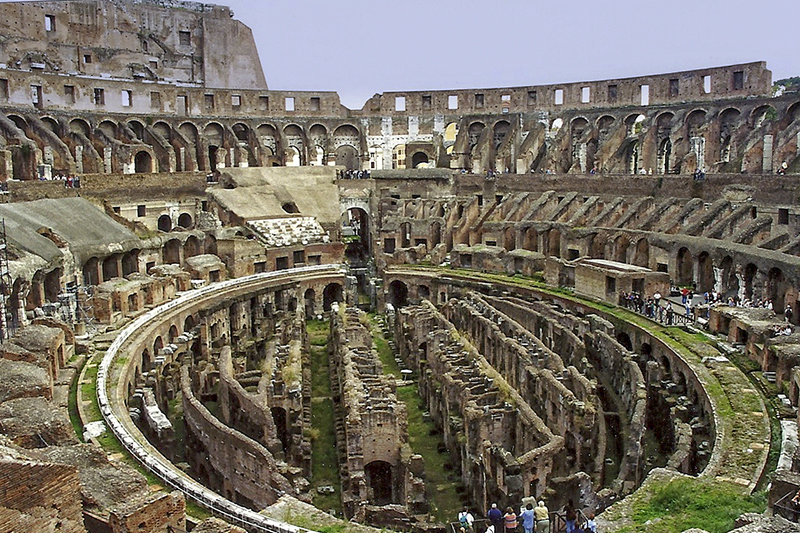 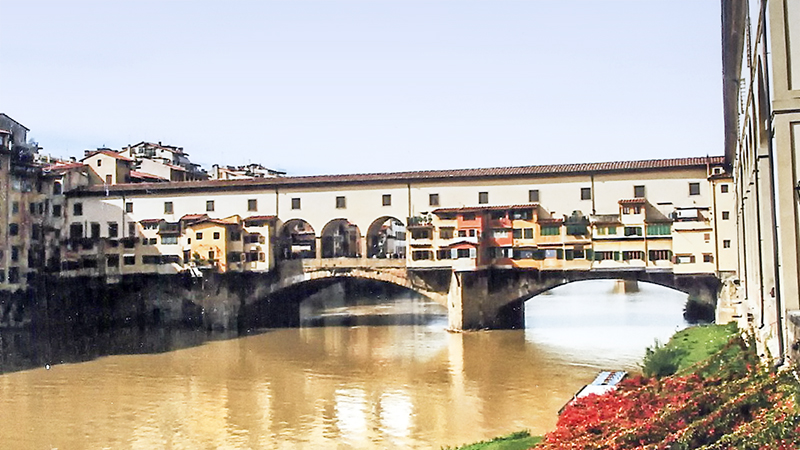 Pompeii with Mount Vesuvius in the far background: 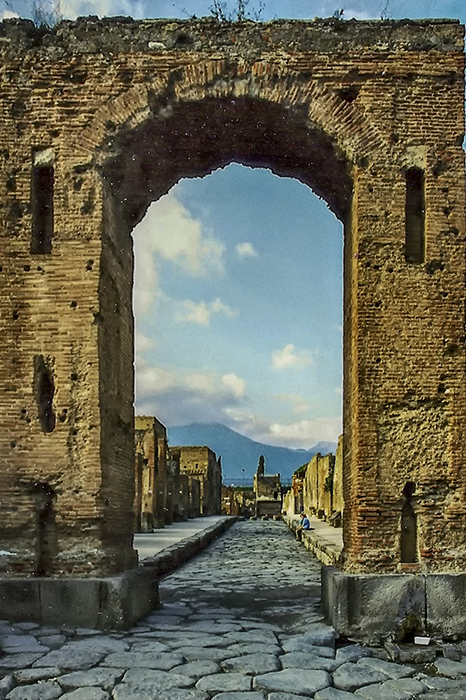 Mount Etna as seen from Taormina Ancient Theater. I love Taormina, such a beautiful little town to just walk around and this ancient theater is spectacularly situated for viewing Mount Etna. I understood in the heyday the theater could sit 10,000 people. Taormina was our first stop in Sicily after crossing from mainland in Messena.

Our second stop in Sicily was Agrigento, the Valley of Temples. The tour guide told us one could find Greek architectural ruins in better shape here in Sicily than in Greece 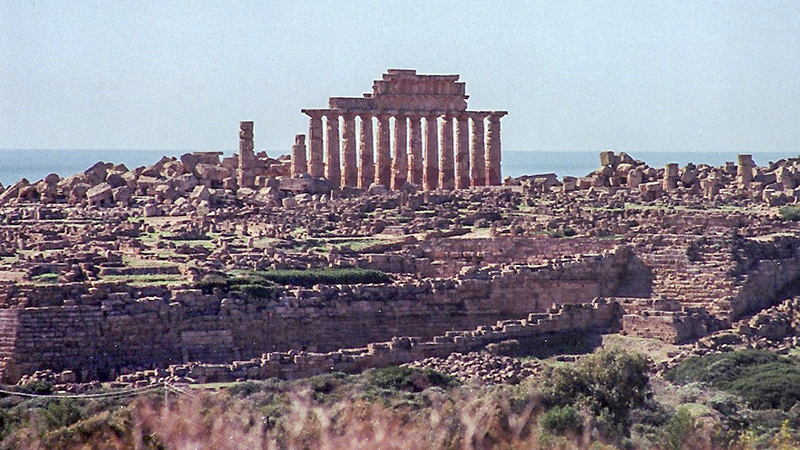 Piazza Armerina – We visited Villa Romana del Casale and saw many mosaics, the girls with bikini stood out. I thought bikini was invented in 21st century but this was 400 A.D. in Sicily. 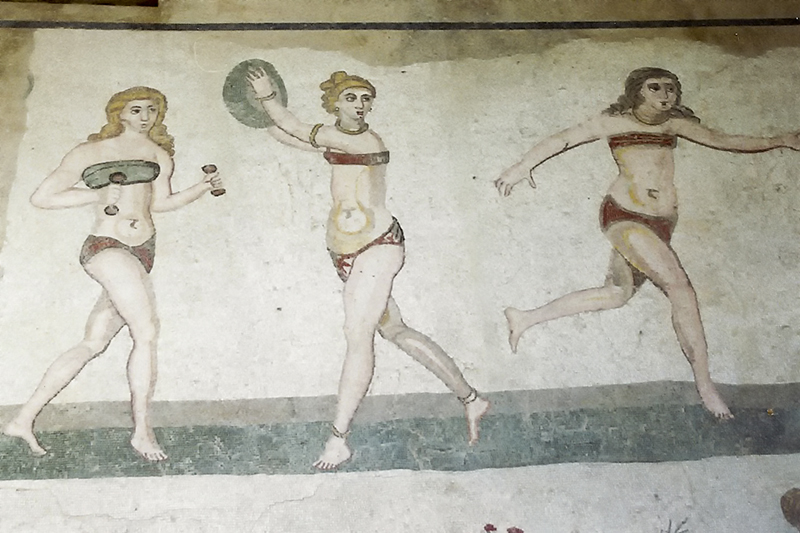 Our last stop in Sicily was Palermo before the ferry to Capri and Naples that concluded our first grand tour of Italy. I visited Venice for the second time in 2008 and have posted the blog earlier.